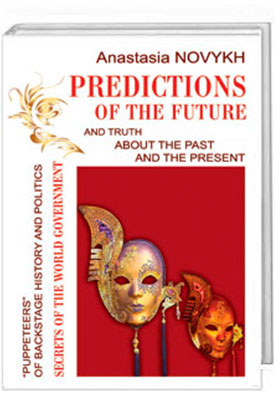 Predictions of the future and the truth about past and present

...That which is widespread among the masses is often far from reality”,- emphasized Ariman. -Because for the elite of the humanity, who pay for this whole process of the myth creation, the masses are the slaves. If the real historic facts were disclosed to people, for example, about the life and teaching of Jesus, Buddha and the like, then the power of those who keep these facts a secret would collapse…

The latest events in the world- the economic world crisis and the geopolitical changes make everyone wonder about the causes of their origin. If we arrange the whole mosaic of the current events out of separate news fragments, it may seem that behind all of these messes and sudden changes which are bursting into the life of every person, are the forces, concrete people, possessing the main part of the world assets, whose names are not announced.  Nevertheless, they are the real "puppeteers" of the world multimillionaires. They are the ones who have decided to provoke actions, the purpose of which is to destroy a major portion of the world’s population in this difficult for humanity period of global climate changes on Earth.
What are these forces, their plan of action, the history of existence as well as their methods and techniques of controlling the masses - this information is stated in simple terms in books by Anastasia Novykh. The literary style of these books allows intelligent people to cognize more than is being said and to observe and compare globally the separate pieces of information, to find a key to the solution, by comparing with what is happening around and adding new information. "The world elite" is just a small group of people in comparison with all the humanity. They are able only to make plans. However, implementation of their plans depends exclusively on the human mass, on every individual's personal choice. And the choice is made on the basis of complete information. The future is in everyone's hands now! 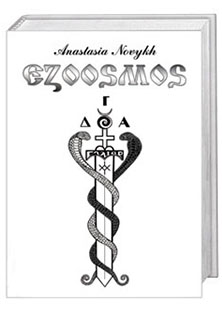