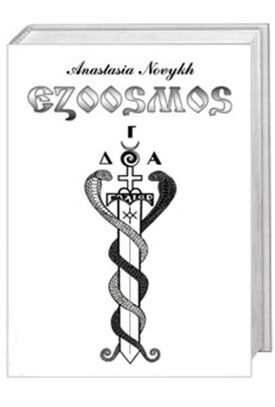 Every person has a chance to enter the reality of God because he has a small part of this reality in him - his soul. However, the paradox is that people consider their soul to be a myth because of their material attachment, and consider the moments of body's existence to be the reality, and call it a life.

“It turns out that Death does not save from pain, it just intensifies that “inner” that you have accumulated during Life…”
"Everyone should be concerned about personal salvation, and not wait for someone to come and do everything for him. The Divine should be searched for not in the external but in own internal. Moreover, you should not simply search for it but should try to merge into it and become the good Creator of your life. God is inside of every human. Only through our inner world, we can cognize Him and reach Him".
The hidden reality is present every day in the human society. Cognition of its secrets helps a man not only to gain experience of existence in this world, but also to take a step in the area of studying his own essence… Many of the so-called people’s deceases like unexpected depressions, attempted suicide, accidents, and murders are often a consequence of the manifestation of activity of hidden forces. At one time there were those who actively withstood them, protecting people on the other side of reality. The scale of Good and Evil is in the hands of man himself. Everything is determined by his ezoosmos.

“This is why the paths of  Saints and Geliars are two different ways leading to God. Everyone has the right to choose the path which  he has the strength to overcome. And even though the Saints really perceived only a part of what was comprehended by the Geliars at the initial stages of their struggle, it does not really matter. Not everyone is able to perform such a life feat as Geliars. We should mention that only a few undertake the path of Saints let alone the path of Geliars. Geliars differed from Saints in that they did not wait for the last fight between the Light and the Darkness but consciously went into it here and now. And they did not only fight for their own soul but also helped millions of other souls, contributing to their natural development. This is, of course, a very difficult path..."

This fascinating book is full of humor and adventures of the main heroes. It contains impressive information about the world, secrets of time and phenomenon of teleportation. As well as information about the hidden side of societal life, and those who are really in charge of many accidents, suicides, prolonged “causeless” people’s diseases, unexpected depressions. The main hero, Sensei, reveals unique information about the real structure of these forces, the reasons for such behavior, the methods of their manipulation as well as about those brave, highly spiritual men (Geliars) who withstood these “evil spirits” in the past.